Microsoft has made the first build of Windows 11 available, and we have been evaluating it with SocketTools to check for any potential compatibility issues.

The good news is that we have not discovered any problems with the current version of SocketTools. If you are testing your own projects and encounter any problems, please let us know. Although it is still in a pre-release state, we will provide technical support for SocketTools on Windows 11.

As a developer, we recommend you install Windows 11 for testing and evaluation purposes. Fortunately, it's a fairly simple process. To get started, the first thing you want to do is register with the Windows Insider program at insider.windows.com

If you have a spare desktop or laptop which meets the hardware requirements, you can update the system by joining the Dev Channel. To do this, first make sure that you have enabled full diagnostics. This can be done by selecting Settings > Privacy > Diagnostics and feedback and then selecting Optional diagnostic data. 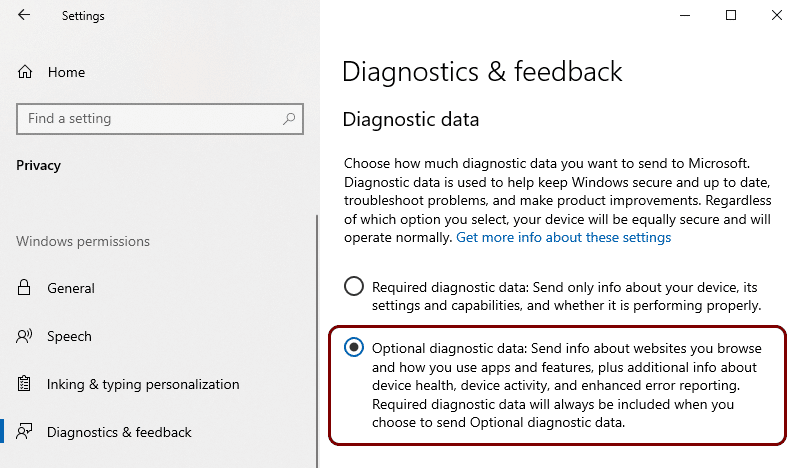 Then go to Settings > Update & Security and select Windows Insider Program at the bottom left. You will be prompted to link your Microsoft account, and select which update channel you want to join. 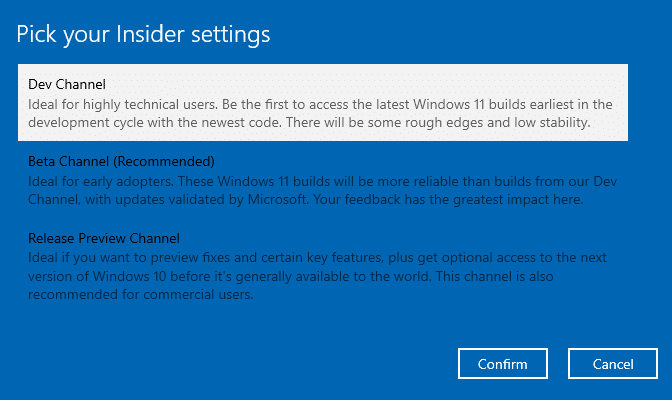 Select the Dev Channel to be eligible to install Windows 11. Then, perform an update check on the system and it will begin downloading Windows 11 and begin the upgrade process.

If you don't have a spare PC or have one which meets the hardware requirements for Windows 11, another option would be to use a virtual machine, such as VMware Workstation or VirtualBox.

There are a lot of advantages to this, particularly since you can easily create snapshots of the VM and revert changes you've made during your testing. We have also found that although Windows 11 requires PCs to use UEFI secure boot and TPM 2.0, it will install itself on a virtual machine that does not have those capabilities enabled.

Unfortunately, however, there is no separate downloadable ISO available for Windows 11. This means you will need to install Windows 10 on the VM, install all current updates to the 21H1 build, and then join the Insider program upgrade to Windows 11 through the Dev Channel release.

The minimum configuration for your VM should use 2 virtual processors, 4 GB of memory and 60 GB of disk space. We configured our virtual machines with at least 8 GB of memory and enough storage for the various IDEs we tested.

If you are using VMware, it is not required for you to encrypt the VM, enable UEFI secure boot and add a TPM module to the configuration. While the minimum requirements for Windows 11 indicate you would need to do this, in practice the preview will install without it.

Installing SocketTools on Windows 11 is the same as it is on Windows 10, and there are no functional differences in the installation process.

If you have been using a 32-bit version of Windows, one thing to take note of is that Windows 11 is 64-bit only, and we recommend using the default install that includes both 32-bit and 64-bit components.

Although Windows 11 is only available as a 64-bit platform, it will run 32-bit applications under WoW64, just as Windows 10 does.

Our licensing is per developer, so you can install your licensed copy of SocketTools on a Windows 11 system without any concern about licensing or redistribution. We encourage you to test building and deploying your projects on Windows 11.

We do not plan to test older versions of SocketTools on Windows 11, since they are outside of general support and no longer receive updates.

One of the more common questions from developers is whether applications built using Visual Basic 6.0 will continue to work on Windows 11. Fortunately, in our own testing we have not encountered any problems with VB6 applications using our ActiveX controls.

The VB6 runtime is included with the base Windows 11 installation and is the same version that is installed with the current release of Windows 10.

Microsoft has not supported the VB6 IDE for quite some time now, but it is possible to install the IDE on a Windows 11 system. However, we do recommend that you continue to develop and maintain legacy applications in your current development environment and use the Windows 11 preview for testing and deployment only.

If you still have projects which use the legacy Visual C++ IDE, the results aren't as good on Windows 11. The command line compiler will work, but the IDE will crash shortly after it has been started.

We'll continue to check with subsequent builds of Windows 11 to see if this changes.

We've tested installations of older versions of Visual Studio, including Visual Studio 2008 and 2010 and didn't encounter any problems. More recent versions, such as Visual Studio 2017 and 2019 work just as they do with Windows 10.

We have also been testing the Visual Studio 2022 preview on Windows 10 and have installed it on our Windows 11 test system without any issues.